The Origin Of Obori Somayaki


1690
The establishment of Obori Somayaki “Obori Somayaki Sama Ware” Go On Sale
This is the generic name of pottery produced throughout the entire area of Obori Namie, Futaba District, Fukushima Prefecture. During the former feudal government period, it was called Somayaki, but ever since it was designated as a national traditional handicraft, the area where it is produced, Obori, was added into the name, and it is now widely known as Obori Somayaki. It all started during the Genroku Era( About 300 years ago), when Kyukan Hangai, of Nakamura-han, discovered some porcelain in Obori (Obori Namie-cho), and then ordered his manservant Sama to start making daily-use ware. The Somakomayaki of Nakamura-joka is known for being a present for the feudal lord Soma, however this Obori Somayaki has been long popular for being made in private kilns.

1697
Looking to make this a specialty of Soma-han, they established the Public Office in the production area, and committed themselves to protecting its promotion by providing funds and ensuring raw materials. By doing so, ceramics became popular as a side job for farmers in the 8 villages near Soma area, and there were over 100 potters during the closing years of the Edo Period.

1830
Takisaburo Hangai started to research ceramic painting and thus they started to have illustrations painted on them from this time on.
Nakamura-han has a tradition of the Soma Wild Horse Chase, so they created a design for the pottery after the family crest of the feudal lord Soma, featuring running horses and horses being hitched. It has become familiar as a lucky charm.

1853
Along with the origins of Mashiko ware, craftsmen were sent out in large numbers to instruct in the art. Sales reached from Hokkaido to throughout the Kanto region, and even spread as far as the Shinsu Echigo region, thus leading to development of one large production area. Along with this, the technique was transmitted as well. As a result, this became the root of the craft being produced in other prefectures, along with Mashiko ware and Kasama ware.

1883
With the advice of Matsugoro Miyauchi, a wholeseller from Tokyo, liquid gold illustrations are inserted.

1899
Kumajiro Sakamoto Invents Double layered firing Starting in Meiji, because the ending of the han meant the end of organizational support, potteries put their heads together to survive competition against other production spots and differentiate. This effort led to the unique features of Soma ware we know today, such as ""Blue Cracks"" and ""Double layeres.""

1978
The Ministry of International Trade and Industry (the current METI) designates it as an official traditional craft as a Japanese treasure..

Soma ware faced so-caaled “winter time” during World War II. However, after the war, production centers cooperated in efforts to export to the U.S.
Double layered cup becomes a successful boom, thanks to the ""Made in Japan"" label. Popular in the U.S., it became known as ""Idea Cup"" or ""Double Cup.""

March 11th, 2011
The Great East Japan Earthquake occurs. Namiemachi, a production center, is designated as a difficult-to-return area, and 25 potteries are forced to flee.

2012
""The Forest of Pottery Obori Nihonmatsu Workshop"" is established in the town of Nihonmatsu by the Obori Soma Ware Union.

2015
10 Potteries are revived. They continue to create works outside of Namie town.After the bubble, factors such as the tradition of one child succeeding the technique of the family making it harder for new participants in the trade and the changes in the market led to less sales and successors every year, and many potteries ran out of business. In the midst of this, the Great East Japan Earthquake occurs on March 11th, 2011. Namiemachi, which had been the main production center, is designated as a difficult-to-return area. Currently, they have been reinstated in areas outside the prefecture such as Fukushima, Nihonmatsu, Koriyama, Minami-Soma, Aizu, Aichi, and Oita. Each one creates new works daily, in order to keep alive the valuable identity and valuable treasure of Namiemachi. 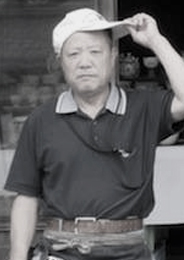 We hope that people who live in Japan and the rest of the world to come to love Fukushima throughout Obori Soma Ware.
The roots of Japanese ceramics are in China. Until 1950th , people would eat and drink from the one vessel, a companion at their meals.
While, on the one hand, ceramics came to be known as works of art and were loved by the wealthy and powerful of the times, these days, the production of cheap objects has become easy due to the advance of globalization. Traditional crafts and even the ceramics industry find themselves in a difficult position.
However, the progress of globalization also presents Japanese crafts with the opportunity to be re-examined afresh.
Obori Soma Ware is a traditional craft of Fukushima that is the pride and the treasure of the whole nation and of the rest of the world. While preserving the traditions that we now have, we intend to evolve without fear of change.
It is our long-cherished desire for people to come to love Fukushima even more through Obori Soma Ware. Kazuo Matsynaga, third potter,
Obori Soma ware Matsunaga pottery shop